The Oxford English Dictionary defines Stratigraphy as ‘The branch of geology concerned with the order and relative position of strata and their relationship to the geological timescale’.

The basic concept of stratigraphy was established by Nicholas Steno in the late 17th century and was developed by geologists such as William Smith and contemporary workers in the first half of the 19th century who laid down the basis for the approach to stratigraphy that is employed today.

A progressive refinement of the stratigraphy of the British Isles has occurred overtime and this continues as further research provides additional information and a more refined stratigraphic column.

Whilst identifying and recording Local Geological Sites (LGS) Cumbria GeoConservation has followed a well-established and accepted regional lithostratigraphy that has been developed over the past 200 years, starting with the 3 fold division of the geology of the central Lake District (‘the Clayslate, Greenstone and Greywacke’) described by Jonathan Otley in 1820 and culminating in detailed work currently being undertaken by UK Universities and the British Geological Survey.

In order to ensure consistency of approach Cumbria GeoConservation has chosen to follow the lithostratigraphy detailed in the latest BGS Regional Guide for the North of England (Stone et al, 2010).  This lithostratigraphy is summarised  in a number of tables that have adapted the information provided in the regional guide.  These tables aim to cover all of the solid geology of Cumbria.  Some of our Local Sites were designated more than 25 years ago and the lithostratigraphic information may now be out of date – this will be updated as individual sites are reviewed.  The tables are as follows;

Download each summarised Stratigraphic Table for Cumbria by clicking on the table name on the left hand side.

An excel version of all tables is attached here  or a pdf.

It should be noted that whilst for some elements of the stratigraphic column (e.g. the Permian/Triassic/Jurassic) the lithostratigraphy is relatively simple, sequences such as the Carboniferous are more complex; reflecting the varying nature of sedimentation in both time and space, but it is still possible to satisfactorily represent the whole region on one table.  However, the Borrowdale Volcanic Group can exhibit such extreme lateral and vertical variation over small distances that it is not practical to represent the whole of the Lake District on a single table.  In this case a representative section from a specific local area has been provided.

Biodiversity Data Retweeted · Tony Juniper @TonyJuniper
Monday, March 1st, 2021 at 8:36am
Here is a flavour of what the Nature Recovery Network is all about. During the years ahead, a lot more of this kind of initiative will be possible as new laws and policies lead to changes on the ground. https://t.co/OXF1CNBdnT
View on Twitter
30
0
Biodiversity Data @CumbriaBDC
Friday, February 5th, 2021 at 11:37am
We think John Martin's picture of mating Australian flatworms (as shown below) in the UK is unique. Share this post to anyone you think might be able to tell us differently. https://t.co/w8YxEl3eWP
View on Twitter 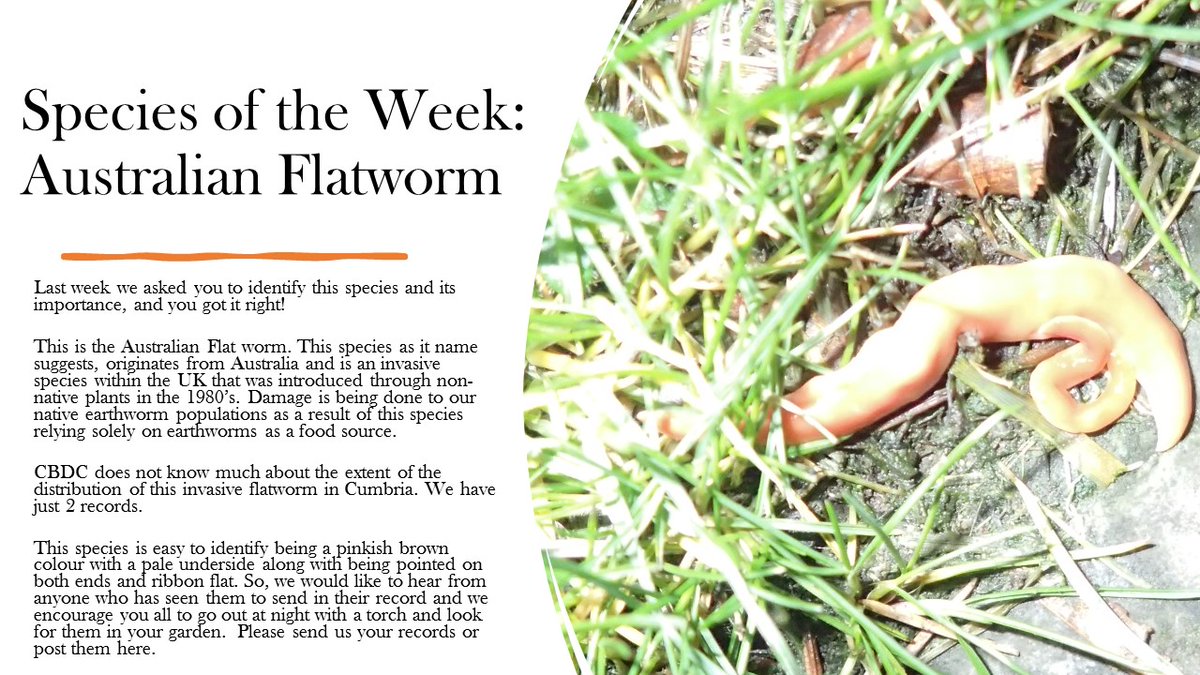 Do you know what this species is and why it’s important we know its distribution?

Comment below what you think, and we’ll release a species of the week next week with the answers. https://t.co/I6rVprmjOI
View on Twitter 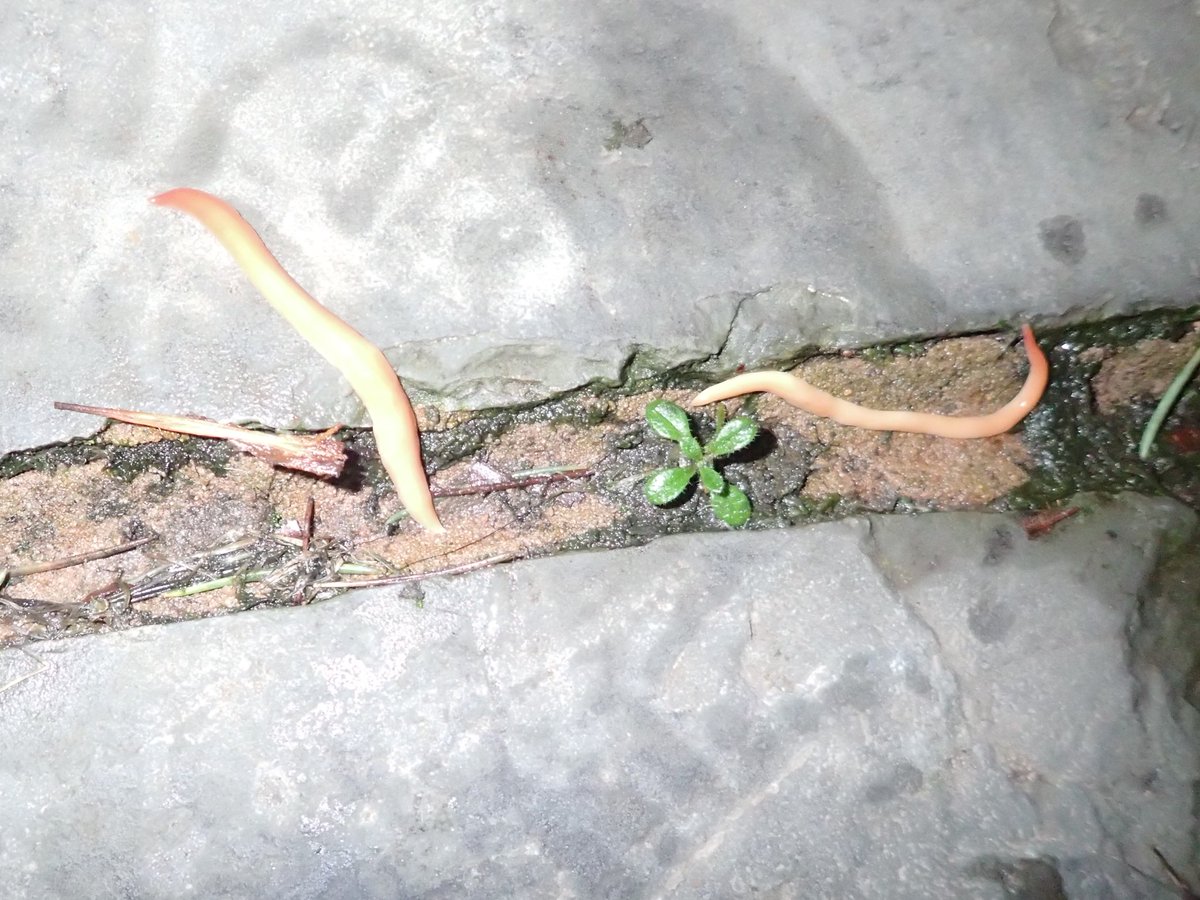 0
0
Biodiversity Data Retweeted · Plantlife @Love_plants
Wednesday, January 27th, 2021 at 5:28am
Hot on the heels of awards success at @CIEEMnet #CieemAwards Plantlife's @katefpetty is delivering a free online talk celebrating the accelerating #RoadVerges campaign as part of #SpringIntoAction. Book in now to avoid missing out! https://t.co/9i66IGbwwR https://t.co/wisYgEvjJ2
View on Twitter 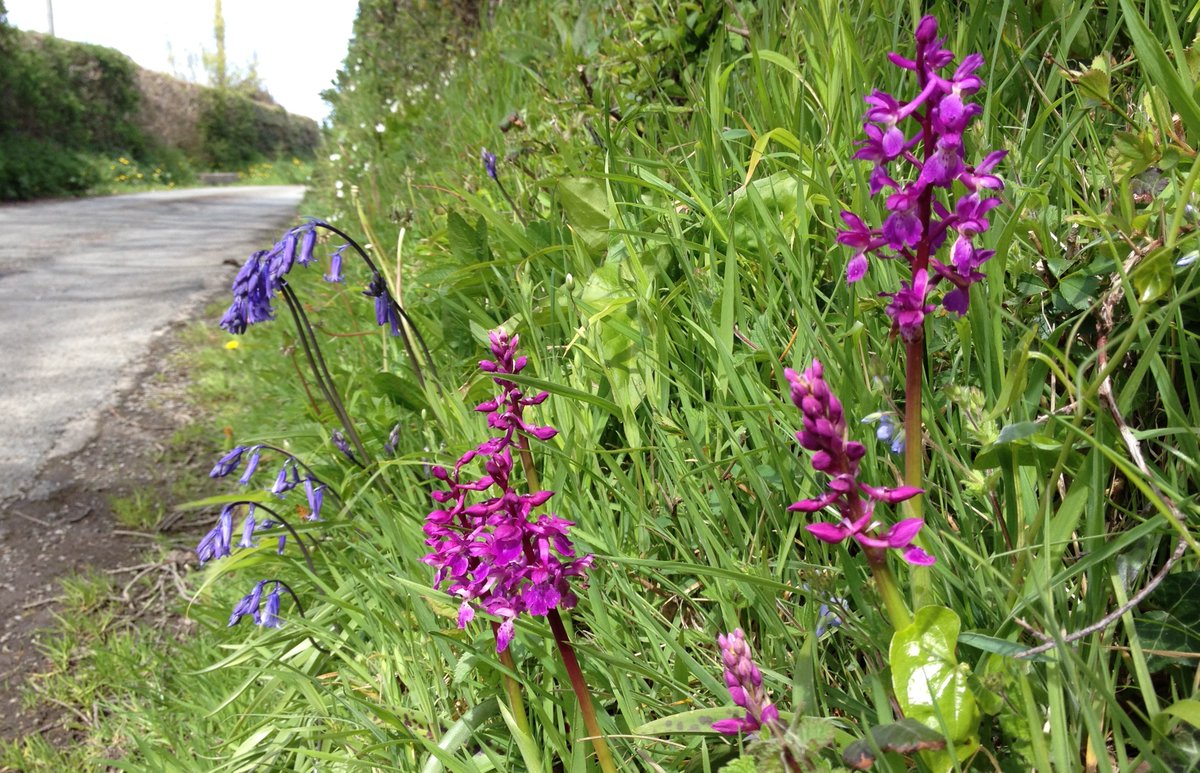