The Natural History Records Bureau at Tullie House Museum was established in 1902, inspired by the work of Reverend Hugh Alexander Macpherson who had comprehensively recorded the natural history of Cumbria. Today Cumbria Biodiversity Data Centre continues to collate biological records of species in Cumbria and is probably the oldest record centre of its type in the world.

Hugh Alexander Macpherson was a Victorian clergyman who lived in this county for less than two decades. In that time he wrote and published prolifically on the natural history of the area, culminating in his magnum opus: A Vertebrate Fauna of Lakeland including Cumberland and Westmorland with Lancashire North of the Sands published in 1892. This is still a useful source of information today, giving invaluable context to modern records. His passion and zeal for natural history led him to campaign for and develop a natural history museum at Tullie House in Carlisle in 1893. In the same year Carlisle Natural History Society (CNHS) was established with Macpherson as their first President.

Successive natural history curators at Tullie House continued to collect information on the county’s species, taking full advantage of the close relationship with the Carlisle Natural History Society and the expertise therein. The Museum continued to build links with other Cumbrian natural history societies and recording groups such as the Cumbria Bird Club, particularly through the Cumbria Naturalists’ Union.

Thanks to data freely contributed by individuals and groups, Tullie House became the best place to get comprehensive information on the natural history of the county and was frequently used as reference material for natural history society reports and transactions. It also provided information for several books including: The Birds of Lakeland (published in 1943) edited by the then Tullie House curator Ernest Blezard and Lakeland (published in 2002) by the renowned naturalist and CNHS member Derek Ratcliffe.

Early records were kept in ledgers and then on cards. In the early 1990s work began on computerising all the records on to a database with the generous help of volunteers from CNHS. Continuing the aspiration of making information public, the Virtual Fauna of Lakeland website was published in 2005 and allowed people to discover their local wildlife, together with information about Cumbrian species and the Museum collections.

By the end of the twentieth century other organisations were also collecting information on species, habitats and sites in the county. It was recognised that all organisations needed to start working together and sharing that information. After initial discussions the Cumbria Biological Data Network was formed in 1999. The Network comprised Cumbria County Council, Cumbria Wildlife Trust, English Nature, the Environment Agency, the Lake District National Park Authority and Tullie House Museum.

Following an audit of the different organisations in 2001 and the work involved in bringing the information together, the post of a Biological Data Officer at Tullie House was formed in 2004. Significant achievements in making the information more accessible soon followed. Uploading data for research to the National Biodiversity Network Gateway from 2004 onwards, the development of the Cumbria Biodiversity Evidence Base for local authorities in 2008 and developing a data search facility made the information even more widely available and used.

Resulting from the commitments made at the 1992 Earth Summit comprehensive biological records, habitat and biodiversity data were required for national and local government planning and policy making. In addition it was realised that there was a huge potential in using the collated wildlife data in educational, community based and public projects. To meet this need a continuous network of Local Record Centres across England commenced during the 2000s.

The CBDN decided that to meet the ever increasing demand for biodiversity data and services, it would work towards establishing a local record centre at Tullie House with more skilled resources and a continuity of funding. The 2008 CBDN drafted a Plan to develop the Cumbria Biodiversity Data Centre with three full time staff to provide the expected data services, to support the local recording community and to manage the data.

CBDN members obtained funding and support for a Centre and appointed the first CBDC Manager in December 2010. The existing CBDN signatories, joined by additional local authority and Cumbria Naturalists’ Union representatives, became the steering group of partners of the new Cumbria Biodiversity Data Centre. Tullie House Museum itself underwent changes as CBDC was being developed, becoming independent of Carlisle City Council as Tullie House Museum and Art Gallery Trust in May 2011.

Information for consultants, planners, ecologists and recorders
Biodiversity Data · Thursday, October 28th, 2021 at 5:54am
@CumbriaBDC
🤯 @getcumbriabuzzing https://t.co/VLKIT21YDh
View on Twitter
Matt Shardlow@MattEAShardlow
Efforts to include protection for bees and other pollinators from harmful pesticides in the Environment Bill have run out of steam. 😢
Reflections on first experience of getting UK parliament to take responsibility for post-Brexit pesticide regulation here- https://t.co/YsAsSiVWbb
0
0
Biodiversity Data Retweeted · Lake District Foundation
@lakesfoundation
We want to support local groups to help meet COP26 Goals. During the Conference, The Lake District Foundation will support up to 20 projects with a grant of up to £500 to help tackle the climate crisis we are facing. Applications open 9am 31st Oct 2021 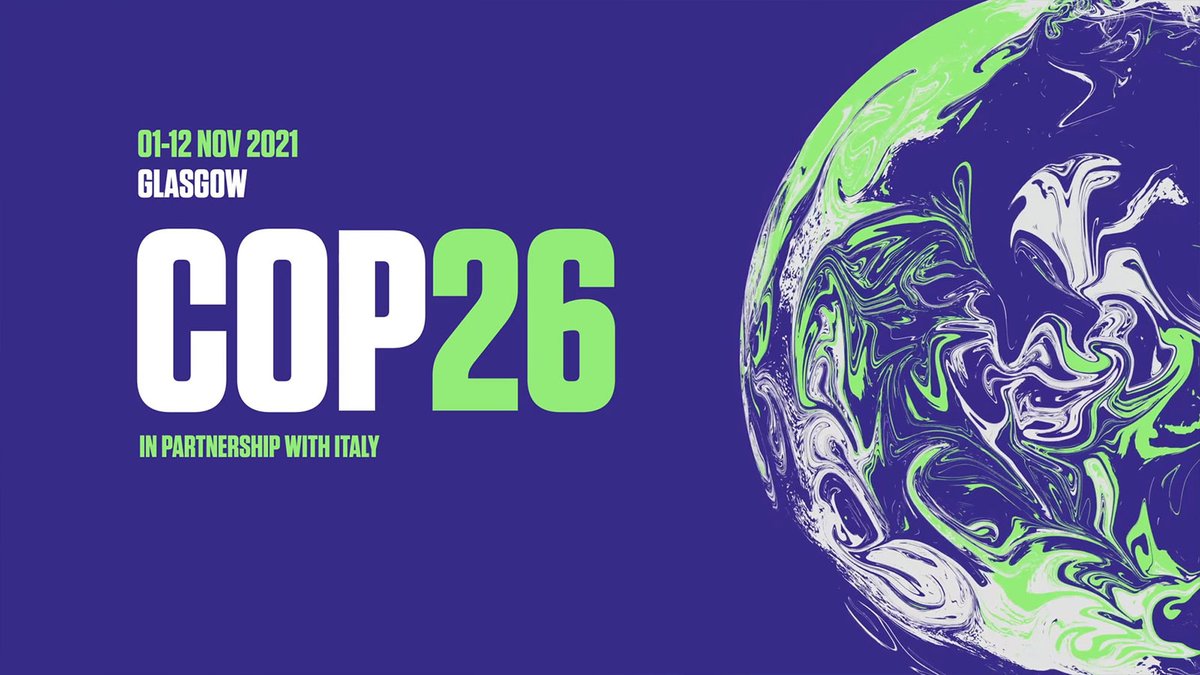 The sun has come out as the final pieces of the festival jigsaw are put into place.

What an absolutely stunning backdrop. We think this year is going to be an absolute blast. 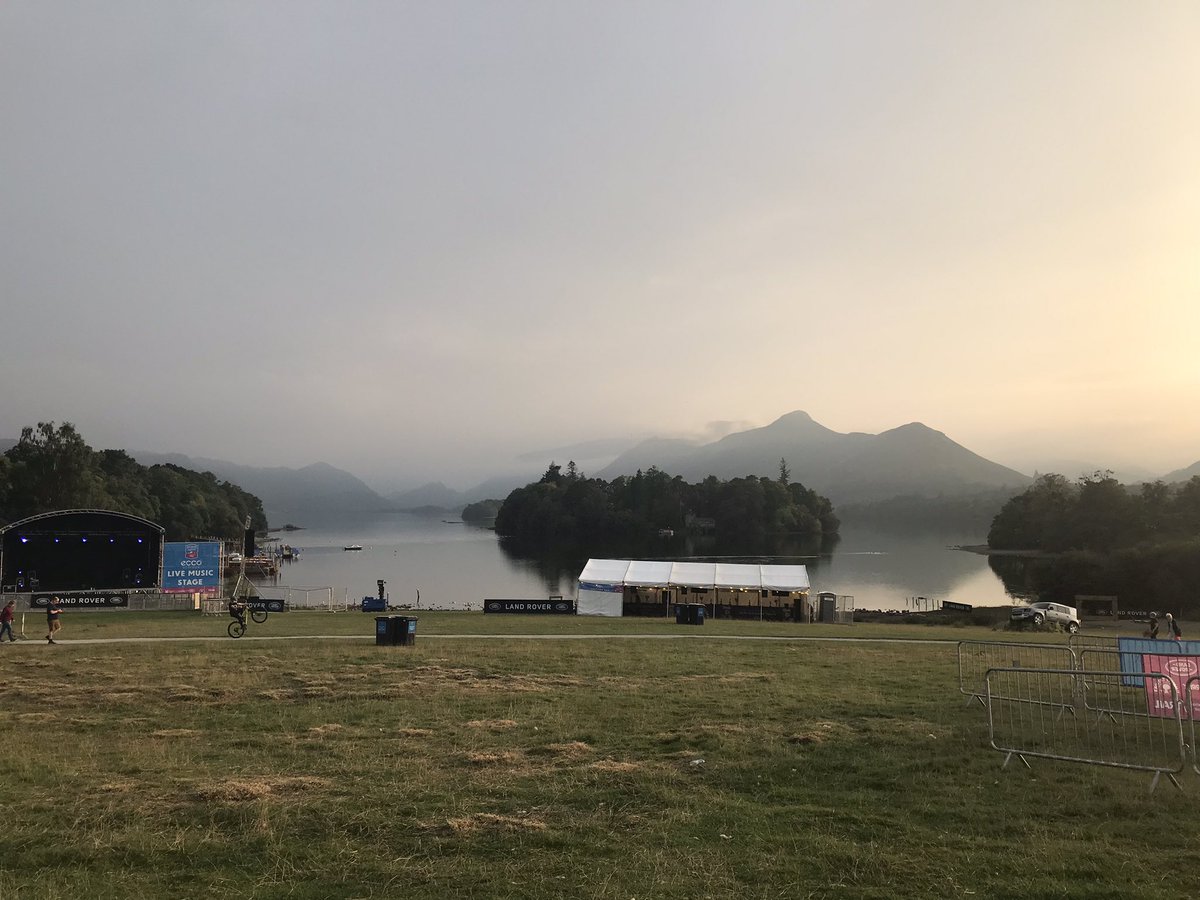 3
0
Biodiversity Data · Friday, September 10th, 2021 at 8:32am
@CumbriaBDC
At Keswick Mountain Festival this weekend? Help us record the wildlife... visit CBDC website to see how. https://t.co/WWhAxrZGfk or Visit us at F05 on Saturday to get involved. @cumbriawildlife @KeswickFestival https://t.co/GQC2A5N0En
View on Twitter 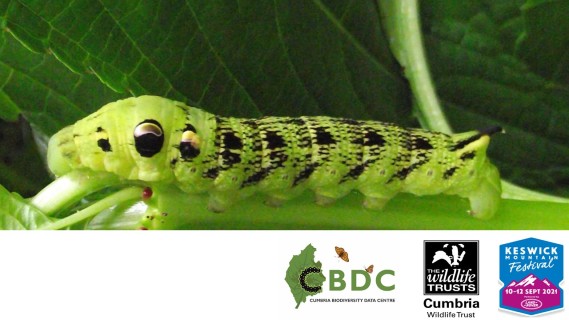 0
1
In reply toDr Dot Boughton
@SocketedAxes @TullieHouse The Tullie Secret Garden has a juvenile or two "stranded" every year. It's parent will visit it and it will be OK. They are very noisy and the call is very poignant so it will tug at your heart strings!
View on Twitter
0
2
Our History - Cumbria Biodiversity Data Centre